The Battle of Cer: The First Allied Victory in the Great War 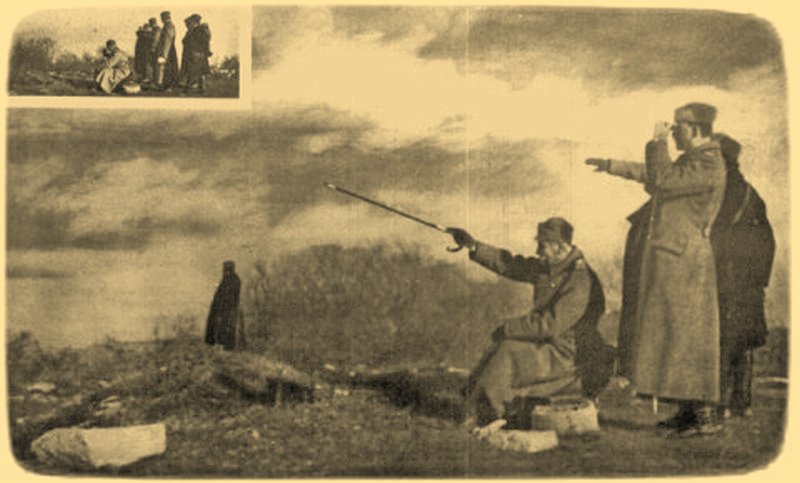 Unfavorable strategic position, exhaustion from the Balkan Wars and a painful shortage of ammunition, did not prevent the Serbian army to achieve one of the most famous victories in World War I, the victory in the Battle of Cer. Love for the motherland, unity and courage of the Serbian soldiers, and a brilliant strategic plan of General Stepa Stepanović, made possible for to the Kingdom of Serbia to shift from strategic defense to counter-offensive, and achieve a victory that will amaze the entire world.

Firing cannon shots on Belgrade,on the night of July 28, 1914, the Austro-Hungarians started their first offensive against Serbia. That night, Belgrade inadvertently became the first European city that was bombed in the twentieth century. For the next eight days Belgrade was sleepless, for the bullets, screams and fear were tearing the air. It turns out that this was only the beginning.

The first offensive of the Austro-Hungarian army in a wide area of western Serbia lasted until August 24. Austria has concetrated the bulk of their forcesat the Drina river, where the landing and strike operations started on August 12. From that moment on, the Battle of Cer was preceded by four days of fierce fighting in the Podrinje region.

Knowing that the Austro-Hungarianswere numerous and better armed, the Serbian army was mostly positioned in the interior of the country, waiting for the enemy to make move, so that units could be easily dispatched to the required fighting ground. Supreme Command of the Serbian army wanted to “buy” more time to shift stronger Serbian forces to the battleground.

The 3rd Army had a task of distracting the enemy. Even though it was the army with the least number of soldiers, the enemymanaged to cross Drina only after four days of fierce and bloody fighting. And while the Austro-Hungarian army was nearing, General Stepa Stepanović began regrouping the Serbian army.

Recognizing the importance of Cer for performing the entire action, General Stepanović ordered the Combined Division to seize the peak of Kosanin grad in the night between the 15th and 16th of August. But there was another surprise for the Serbian army. Parts of the 21st Austro-Hungariandivision were already there. In a dark and stormy night, face to face with the Austro-Hungarian soldiers, the battle of Cer was about to begin.

Many of those taken aback soldiers were at rest and quite surprised by this visit of the Serbian army, and it was not difficult for the Serbs to takeover the territory. However, with successive arrival of the armies on both sides, this encounterquickly evolved into an angry and bitter struggle. In the heat of the night-battle at Tekeriš, one of the most celebrated victories of the Serbian army took place, and by morning the Austro-Hungarian Army was forced to retreat.

About 180,000 Serbian and around 200,000 Austro-Hungarian soldiers fought in the Battle of Cer. Supreme Commander of Serbian forces was Crown Prince Aleksandar, Chief of the General Staff was Field Marshal Radomir Putnik, General Stepa Stepanović commanded the 2nd Army, and Pavel Jurišić Šturm commanded the 3rd Army. The Austro-Hungarian forces were headed by General Oskar Potiorek and General Liborius Ritter von Frank. It is estimated that Austria-Hungary lost from 6000-10000 soldiers,about 30,000 were wounded, and 4,500 soldiers were captured. Serbia had 3000-5000 killed and 15,000 wounded soldiers.

Peace did not last long. The following day, on the 16th of August, the battle to win Cer flared fiercely. In a clashbetween the left column of the Serbian Cavalry Division and the left column of the Austro-Hungarian 21st Division on the northern slopes of Cer, this spearhead enemy unit was completely broken and incapacitated for further combat.

Meanwhile, the Cavalry Division and the First Call Division of Šumadija, managed to sucessfully prevent the merging of the 2nd and 5th Austro-Hungarian Armies (at the moment when this connection was of utmost importance for rescuing the 21st Division on Cer) by using very hard maneuvers in the region of Šabac and Mačva. In the valley of Jadar, the Serbian 3rd Army wasresisting attacks of the enemy with varying success, preventing its penetration to Valjevo.

During the 17th and 18th of August, a day-and-night battle between the Serbian Cer Spearhead Unit and Austro-Hungarian 9th Division continued. On August 19, the Serbian army has finally broken the resistance of the 5th Army’s left wing and mastered the ridge of Cer, while the enemy division was compelled to retreat. What only the Austro-Hungarian army could do that day, and the following day, is to retreatacross the Drina river.

In the final battles from 21st to 24th of August, the city of Šabac was liberated and the remaining Austro-Hungarian soldiers were expelled from Serbia; the Cer operation thus ended as a complete failure of the Austro-Hungarian army.

Being victorious in the Battle of Cer, the Serbian army demonstrated not only skill and experience, but immense courage and sacrifice for the homeland as well. The first Allied victory against the Central Powers in the Great War strengthened the morale of our military and allies, raised the reputation of the country and gave it strength for the upcoming ordeals.

In a report on defeat of the Austro-Hungarian army, an Austrian journalist Ervin Kish wrote: ” The army has been defeated and has found itself in a wild, reckless and panicky run. A defeated army – No! –abroken mob, rushing in a mindless terror towards the border ( … ) Those Serbs, they’re great guys, they know how to defend their country.”

Share
Previous The story of 1.300 corporals: The bravest in war and most creative in peace
Next Natalie’s Ramonda, a Symbol of Armistice Day in Great War