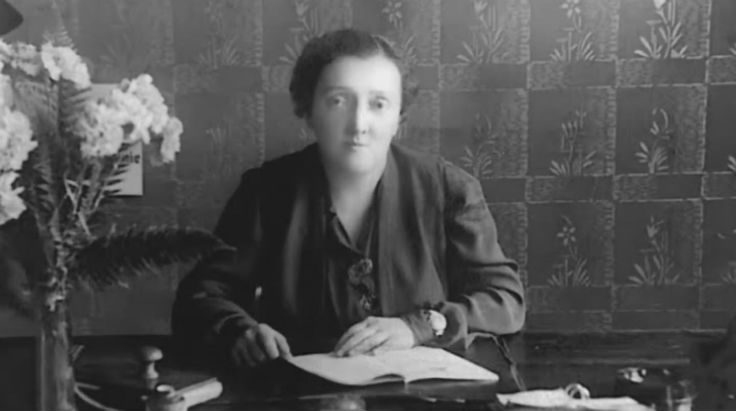 The diary of Dr. Slavka Mihajlović represents a unique document from the period of the Great War. In her writings, in the most direct manner, the young doctor describes the life and work of doctors and hospital staff, as well as the difficulties they faced during the war trying to assist a large number of sick and wounded, while facing the lack of funds and personnel at the same time.

Although the Serbian war surgery became famous in the Balkan wars, it was not prepared well enough for the ordeals that the Great War was about to bring, due to an underdeveloped civil and military ambulance, lack of physicians, material and time. An insufficient number of trained physicians and surgeons, and changes in military tactics, led to a pronouncedly bad situation in Belgrade hospitals, which had to take care of a large number of wounded in a very short period of time. An additional difficulty was that Serbia witnessed massive expansion of epidemics (of which typhus fever was the most devastating) almost at the very beginning of World War I, due to poor sanitary conditions.

Immediately after the declaration of war, many doctors – such as Dr. Milan Radovanović, Dr. Vojislav Subotić, Dr. Leon Koen, Dr. Nikola Krstić, Dr. Aleksandar Ćirić and others – had to report to military authorities to assume new duties. The only doctor to remain in all departments of the General State Hospital in the Vračar district, was Dr. Slavka Mihajlović, because the Geneva Convention forbade the conscription of female doctors. During the war, Dr. Mihajlović has kept a diary in which she recorded personal observations by giving the most credible descriptions of the situation in the hospital. She began writing on July 24 , 1914. The events described in the diary are equally interesting to history researchers and medicine theorists.

“Being a young doctor with no experience, I stood among the frantic medical staff and patients… The truth is that I’ve gone through two wars, with Turkey and Bulgaria. That was a difficult work for a doctor to begin with. Seriously wounded soldiers at Edirne, Bregalnica and Kumanovo were arriving. Wounds full of worms needed to be bended, under stagnant bandages. And cholera in Niš, which the army brought from Turkey… The mass death of soldiers at the barracks …“, wrote Dr. Slavka Mihajlović in her diary.

The special value of this log is reflected in the descriptions of everyday events that doctors and patients had to face, which she conveys quite objectively without being overly judgmental and having no desire for revenge. “The women’s hospital was facing Zemun, so the bullets flew through the windows. That is why we had to place patients and pregnant women in the building corridors; in that way, they were somewhat protected. In order to carry out deliveries, we hastily rearranged the bathroom”, Dr. Mihajlović wrote on August 20, 1914.

In late November, after Belgrade officially fell to the Austro-Hungarians, the doctors were secretly invited to evacuate themselves. This brave doctor had less than an hour to decide whether to leave the hospital or remain at the mercy of the enemy. “I’ve decided! I invited the entire hospital staff and holding Dr. Radovanović’s letter in my hand, I conveyed his orders. I said that we are commanded to immediately leave Belgrade, but I decided not to leave the wounded and sick. The rest can do whatever they want… With tears in their eyes, some patients wanted to kiss my hand. My words made an impression on some of the staff, so they decided to stay. Others picked up their belongings and hurriedly left the hospital in the greatest haste”, wrote Slavka Mihajlović.

During the war, the General Hospital in the Vračar district was under the protection of the American Red Cross, because the United States was a neutral party. As Slavka Mihajlović wrote, after the Red Cross took over the hospital, the raids were much less common. On October, the Austrian doctors visited the hospital while the doctor was performing surgery of the head of a wounded young man who had a piece of shrapnel stuck between the dura and the skull. “Only after the operation was completed, I noticed that four military doctors stood behind our backs. They were very surprised, almost shocked, when we stripped off the masks and a skinny young doctor with three unqualified assistants appeared in front of them. Being amazed that our little Serbia has female doctors who are able to operate, they congratulated me.”

Later, during the war, then 24 year old doctor, a surgeon, was appointed as the manager of The Reserve Military Hospital in Niš. This demanding task involved great responsibility, but Slavka approached it with a lot of courage.

Slavka Mihajlović began writing the diary on July 24, 1914, and concluded it on November 10, 1918; it was published in 1955, in a book titled “Clouds over the city”. It is interesting that Dr. Mihajlović dictated certain pages of the diary to her grandmother, Jelisaveta Milanković, who was the wife of Prince Mihajlo Obrenović’s adjutant.

Share
Previous The Kajmakčalan Watchtower
Next Reed’s Land of Death