The Doctor Who Cured the Serbian Economy 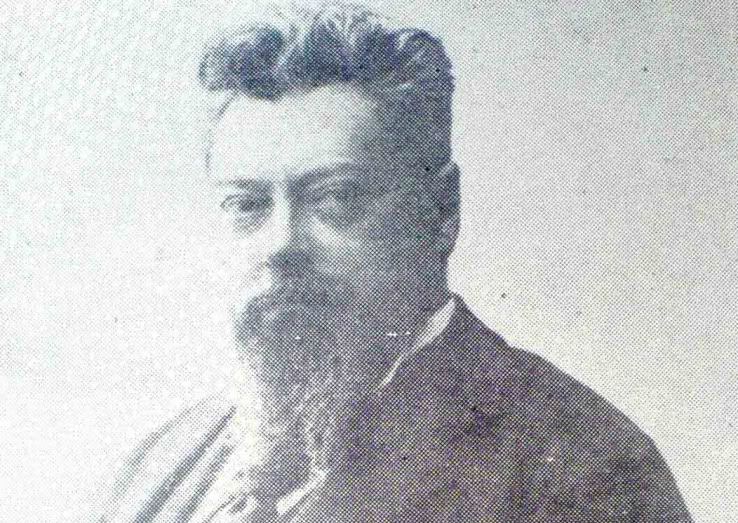 Although a Doctor by profession, the economy was always in his heart. Doctor Lazar Paču was successfully treating Serbian economyas the Minister for Finance, but in 1914. he received the gravest Austro-Hungarian ultimatum, addressed to the Kingdom of Serbia. With his knowledge, insight and incredible ability to sense what Serbian economy needs, Dr. Paču had a major role in financing Serbian war efforts in the Balkan Wars, and in World War I.

As a self-taught economist who had ear for the needs of the Serbian economy, Dr. Paču always faced the difficult and important decisions for Serbia. When he received the ultimatum from Vienna on July 23, 1914, in absence of the Prime Minister Nikola Pašić, he made one of those historic decisions.

At this point, Dr. Paču was the Minister for Finance, but it took less than an hour for him to conclude that the “Austrian demands were such that no Serbian government could implement them in totality”.This statement is remembered as an expression of dignity of the Serbian people;however, at the same time, it accelerated the start of World War I.

With his versatilitythat has resulted in a number of skills, Doctor Lazar Paču became an excellent practitioner who successfully maintained the financies of the Kingdom of Serbia over the course of four wars.

On October 1, 1912, on the eve of the First Balkan War, heintroduced twocategories of budget: regular and irregular war budget. On the same day, the moratorium law – that froze the savings and delayed the country’s payment obligations (whilst the payment of external obligations continued) –was passed. In this way, Paču preserved the credibility of Serbia in the world, and was eligible to take new loans to cover war costs.

Thanks to decisive and faultless decisions that Dr. Paču made in the most difficult pre-war times, Serbia was prepared for the upcoming Great War. It is known that at the time Serbia was free of any indebtedness, and it regularly payed off accrued obligations even to its enemies. This method made possible for Serbia to take new loans to finance war costs.

Although ill and wanting to retire, Dr. Laza Paču has well prepared Serbia for World War I, so, in 1914,the state income amounted to 214.3 million dinars. Being exhausted and worn out from the Customs War, and from the two consequtive Balkan wars, Serbia has once again managed to rise and financeits efforts in the Great War with the help of a Doctor of Economics.

Unusual Career as a Doctor, a Journalist and an Economist

With his appearance, stature, powerful voice and penetrating look, but above all – withhis extraordinary and inexhaustible energy and knowledge, Dr. Laza Paču has attracted great attention of his contemporaries. Born in a prominent Paču family, he went to Zurich in 1870s, where he found himself in the company of Svetozar Marković, Vasa Pelagić, Nikola Pašić, and many other young anarcho-socialists. There, he developeda keen interest in politics and economics.

Upon his return to Serbia in 1878,heleft medical studies at the urging of Pera Todorović, and began to edit the magazine “Straža”. Soon after, the Hungarian government closed the magazine, and Paču returned to Berlin to finish the medical studies. With a doctoral degree, but having no job, Paču returned to Belgrade and in 1881 he again briefly turned to journalism and became an associate of the “Samouprava” magazine, wherehe published a series of articles entitled “Civil society and its political party.”

But at that time, his love of economic science was becoming more and more pronounced. He was constantly improving his education:he read and wrote about rents, bankruptcy, credits, taxes, and he enjoyed that immensely. He soon got a job of a manager of the state monopolies, where he immediately proved to be a real organizer full of new ideas and initiatives, agile and hard-working. He worked on the preparation of many financial laws and trade agreements with Austria, France, England …

When he left the state monopoly, he was appointedas State Commissioner of the National Bank; then, he worked as adirector of the Belgrade Cooperative where he perfected his knowledge of the banking business;afterwards, he was positioned as the state senator and advisor of the newly formed Senate. Besides that, being a member of the Radical Party, he was politically engaged as a chairman who often spoke at the Partyconferences.

He is remembered as a niggard and rigorous Minister of Finance, but on the other hand he was considered as an extremely honest and incorruptible person. “State finances are managed as a bank” was a slogan by which he conducted himself, and which seemed to be very lucrative, because the cash register was always full, the revenues were overflowing and Serbia was also exporting goods to Western Europe and Mediterranean at that time.

In the fall of 1914, Dr. Laza Paču started to succumb to theinexorable disease that overwhelmed him. He spent last of his days in the National Assembly, sitting with wrapped and painful legs, but in the debates he never showed a hint of helplessness and he never lost ground. On the contrary, Dr. Paču persisted to the last day and defended the country’s interests, and as such –he was remembered.

King Peter of Serbia was in urgent need of 200,000 dinars. He sent the Secretary to the Minister Paču, to take his royal payment in advance. When Dr Laza heard the Secretary, he sourly smiled andsaid: “You can not!” He explained his decision to the appalled Secretary in this way: “The king dies, God forbid,amortal like all of us. Then, who is going to repay the debtto the Treasury then? Laza, of course. Or, imagine that politicians force the king to abdicate. Who is going to pay the debt? –Again Laza. But brother, save me a headache, go to the credit cooperatives, they lend money. I know you’re an honest man, I’ll be your guarantoron the bill, take those 200,000 dinars from them. Here, you’ll be given nothing! And we’re even! The secretary returned to court backlogs, and the king did not get angry either.