Include Diaspora in the Reform Process

“The Serbian diaspora should be included in the reforms that will be implemented by the future government, and money from abroad must be redirected toward investments instead of consumption, said the participants of today’s “Include the Diaspora in Reforms” conference held in the Tanjug Press Centre. 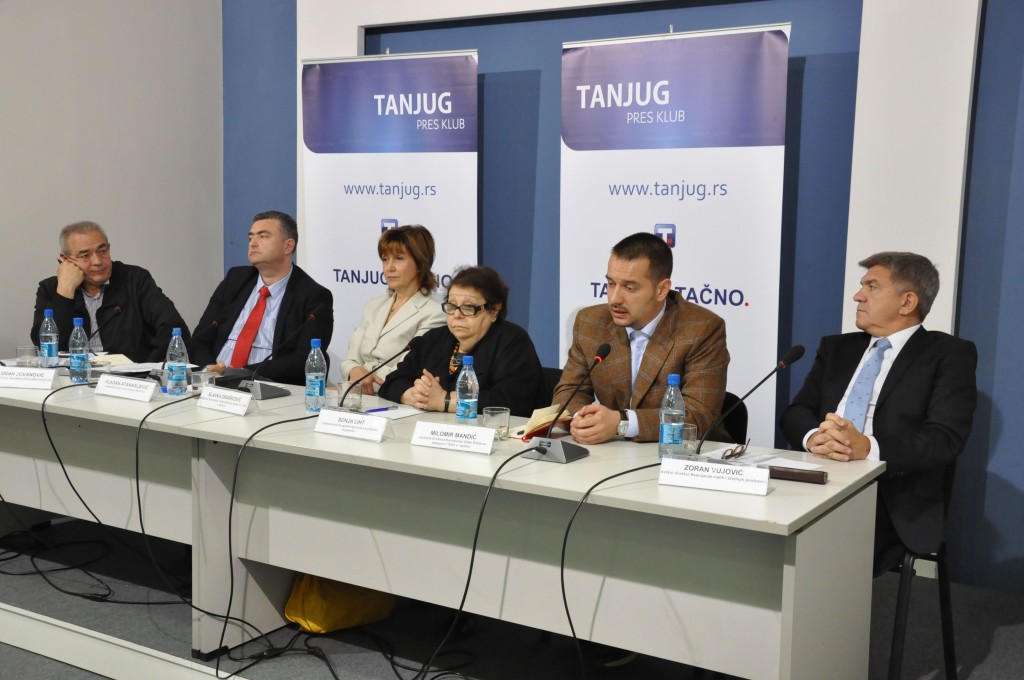 The participants pointed out that there are more than three million Serbs in the diaspora, of which 100,000 are highly educated, who could contribute to Serbia’s development with their knowledge, but that the initiative to get them involved in reforms ought to come from the state.

Dr Slavka Drašković, the Director of the Serbian Government Office for the Diaspora and Serbs in the Region, said that the diaspora should become involved in reforms, because the diaspora can be one of the key factors of employment in Serbia and the driving force of the private sector.

“The diaspora has a number of qualities, and these are primarily qualified personnel and local orientation towards small and medium businesses. The diaspora numbers more than 10,000 experts in different fields, of which 2,000 in America alone have post-graduate degrees. Furthermore, there is a large number of successful people who know how to do business in the West,” said Dr Slavka Drašković, who added that the diaspora has a resource of approximately 30 billion euros at its disposal which is not being used sufficiently.

She added that it is not only economic reforms which will result in the upcoming reform period being a success, but that reforms in the “entire social environment” are required.

“Reforms are needed in legislation, education and public administration. This is an opportunity for us to be unique and for the diaspora to be a part of the changes from the very beginning,” underscored Dr Slavka Drašković.

Milomir Mandić, Advisor to the Director of the Office for the Diaspora, said that the reforms aim to bring society out of transition and build strong, stable and independent institutions that will lead to a stable business environment.

“It’s not enough just to pass laws, they need to be implemented. Comprehensive reform of the public sector, the pension system, the labour law and the creation of a strong business climate is to come in Serbia,” underscored Mandić.

Sonja Licht, the President of the Belgrade Fund for Political Excellence, is of the opinion that experts in the diaspora are willing to become involved in the reforms, adding that the initiative for this must come from the state.

“If the state is seriously thinking about using the resources and cooperating with experts and highly-educated people in the diaspora, it must do more during the reforms to open the road to cooperation,” said Licht, who added that the state must be open at all levels.

She believes that experts do not need to return to Serbia, but rather a bridge should be built between institutions abroad and those in our country.

She said that the Serbian club in London which gathers, amongst others, approximately 1,500 PhD and Master’s degree holders, is an example of readiness to help Serbia.

“If they were to return to the country, we would not have problems with experts,” said Licht.

Licht added that those who do return still face problems with getting their degrees recognised, citing the example of the Serbian minister of finance whose work booklet states he has a high school education despite having completed his studies abroad.

Vladan Atanasijević, the President of the Managing Board of NALED, said that between three and five billion dollars flows in to Serbia from the diaspora, which is, he said, 10 to 15 percent of GDP, but that this money is spent directly and that very little goes in to investments is a problem.

Speaking about connecting the diaspora with the home country, Atanasijević said that it would be good if the diaspora were to market products originating in Serbia on foreign markets where they have good connections.

NALED, he added, in cooperation with the Office for the Diaspora, has focused on two things – bringing young people who will market Serbian products abroad, and getting local government to work on offering something attractive to the diaspora.

Zoran Vujović, the Executive Director of the Association of Small and Medium Sized Enterprises, said that diaspora Serbs should be involved in the public debates regarding the passing of new laws, as well as that the diaspora should urgently “be allowed to vote electronically in the elections in Serbia.” He said that an investment fund should be founded with the diaspora which will contribute to community development.

Milovan Jovanović, a businessman from Lyon, underscored that successful Serbs in the diaspora are ambassadors who can lobby a great deal for our country, but that the state must keep to its word and live up to its promises.

“In the last couple of years Serbia has accepted that the diaspora is an important factor for the country, that it can invest a lot, but the business climate needs to be changed and adapted to the legislation abroad,” said Jovanović, who announced that a conference of businesspeople from southern France and Serbia will be held in Lyon in June this year which should contribute to strengthening economic cooperation.

Share
Previous Serbia: Responsible and Serious
Next Lady Paget: “I only wish the Serbs don’t forget me”