Ministry of Foreign Affairs: Serbia Does Not Accept UNHCR Recommendation

Serbia does not accept the recommendation of the United Nations High Commissioner for Refugees (UNHCR) on the negation of refugee status for refugees from Croatia, and will continue to provide full protection and support to all refugees on its territory, according to a statement from the Serbian Ministry of Foreign Affairs released today. Serbia will continue to contribute as much as possible to the creation of permanent and sustainable solutions to the plight facing refugees, and responsibility for the consequences of the decision to end refugee status for refugees from Croatia will rest squarely at the feet of the UNHCR, states the release. 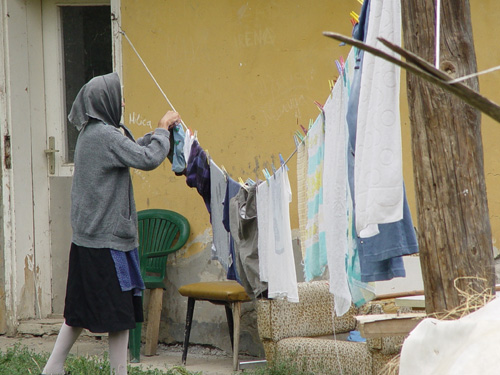 UNHCR Decision in Accordance with the Refugee Convention

On April 3rd, the UNHCR published a recommendation on the initiation of proceedings regarding the negation of refugee status for people who left Croatia between 1991 and 1995, by which all countries were invited to fully implement the recommendation, and to cancel the status by the end of 2014, the Croatian Ministry of Foreign Affairs announced. The recommendation issued by the UNHCR, in accordance with the statutes and provisions of the 1951 Convention Relating to the Status of Refugees, is based on the fact that certain circumstances, which caused people to become displaced, no longer exist, as well as the permanent nature of the changes that have occurred in Croatia. Although the UNHCR’s recommendation is not binding, and each country of asylum may make an independent decision regarding its implementation, after the expiration of deadlines provided for the negation of this status, the UNHCR itself will no longer consider these people refugees.

As the MFA points out, the UNHCR made the decision without consulting UN member states and despite explicit opposition from Serbia as the country with the highest number of refugees from Croatia (41,861). Serbia has on several occasions, and at the highest levels in the UN, expressed unequivocal opposition to the UNHCR initiative to make such an unfounded and overtly political decision, bearing in mind that sustainable solutions for the position of refugees have not been realised, especially regarding their viable return to Croatia, the MFA states in the release.

Consequences for relations in the region have also been pointed out, including an effect on the implementation of the Regional Housing Programme, initiated by four countries in the region – Serbia, Croatia, Bosnia and Herzegovina, and Montenegro – with the support of the UNHCR itself, along with other international organisations and the most important donor countries.

The ministry of Foreign Affairs specifically emphasized that, according to UNHCR rules, the decision to negate refugee status must be made after consulting with the countries involved, since the burden of verifying that fundamental, stable and permanently changed circumstances exist in the country where refugees originate lies with the host country.

“The UNHCR has not only acted entirely against its own rules, but, despite being a humanitarian agency, it has ignored the actual position of refugees from Croatia. Such a one-sided decision is unprecedented in UNHCR practices, which until now have always been based on the consensus between involved countries regarding matters of such weight,” the MFA release states.

The UNHCR issued a recommendation earlier today that the process of negating refugee status for refugees displaced from Croatia should begin. According to the UN agency, 20 years on from the conflict in the former Yugoslavia, circumstances have changed fundamentally. Regional cooperation has intensified, voluntary returns have taken place, different ethnic groups have shown that peaceful coexistence is possible, and even more obviously, progress has been seen in economic and political areas, according to the recommendation from the UNHCR.

The UNHCR recommendation does not apply to those who witnessed war crimes, or to the internally displaced. Host countries can now end refugee status for refugees from Croatia based on their own assessment of the situation in the country of origin.

Miodrag Linta, President of the Coalition of Refugee Associations, asked the UNHCR to withdraw from ending refugee status for Serbs expelled from Croatia, as the move would prevent rights from being exercised and the sustainable return of those once expelled.

“If the UNHCR accepts this Croatian initiative, it will take over responsibility for consequences that may arise, for both the refugees and the regional process, whose goal is to eliminate the consequences of war and achieve reconciliation and lasting peace in the region,” Linta stated in a letter sent to the UN High Commissioner for Refugees, Antonio Guterres.

Share
Previous Nikolić: Diaspora in Austria Exemplary
Next Partner to All Nations