Nikola Tesla – history of the future

The International ‘NikolaTesla – History of the Future’ congress will be held from 24th to 26th April 2015 in Belgrade’s Sava Centre , organised by the Ministry of Education, the Office of the Diaspora, the Museum of Nikola Tesla and the faculty of Electrotechnics in Belgrade. It will bring together world authorities from the different areas of science Nikola Tesla was engaged in, from physics and electrotechnics through to medicine and religion.

‘If I was lucky enough to realise at least some of my ideas, it would be a benefaction for all mankind. If those hopes of mine come true, my 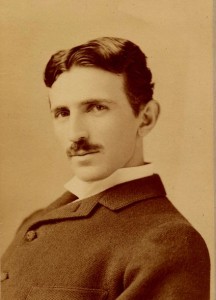 sweetest thought would be that it was the work of a Serb’. – said Nikola Tesla during a visit to Belgrade in 1892. A lot of people from our diaspora have been participating in the organisation of this Congress:

More information can be accessed via the website: www.tesla2015.com.

Share
Previous Questionnaire for Serbian Schools
Next Slavka Draskovic on the diaspora, with ambassador Wilhelm