The Serbian President, Tomislav Nikolić, spoke last night in Vienna with the Serb diaspora to call for unity, and said that Serbia will soon have a new government committed to EU integration and cooperation with friends around the world. 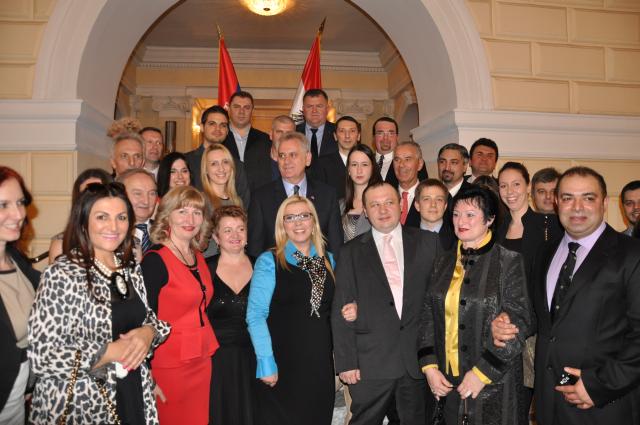 Nikolić, addressing Serbs in Vienna, said that in around twenty days we will have a new government, “…which will be devoted to EU integration and cooperation with friends around the world, and to remaining neutral where there is dispute” concerning Ukraine. Nikolić said that interference in the dispute brewing over Ukraine would only inflict damage. “This is not the time for Serbia to takes sides, but to emphasise its presence in all spheres. Serbia has not taken sides since WWII, with the possible exception of 2000, when we turned sharply towards the west, a shift that turned out not to be helpful,” he underscored. The Serbian president said that it would benefit no one in the EU to halt exports to the Russian Federation, or to have Russia stop exporting energy resources or raw materials to the Union.

Nikolić said that in discussions with the Austrian authorities, he had heard no complaints about the Serbian diaspora, adding that as a country Serbia is obliged to ensure that Serbs feel comfortable in Austria, and to maintain good relations with the host country that has accepted them.

He pointed out that Austria considers Belgrade a valuable partner, and reminded us that Vienna is important to us because it is the foreign city with the second-largest Serb population, after Chicago. Nikolić said that in this significant year it is very important to show that we have no lingering dispute from the past with Austria. Nikolić called on Serbs in Austria to express unity, saying that he had not often come across such a harmonious group of Serbs living abroad. To illustrate his point, he mentioned the ‘small’ country of Macedonia, in which eight Serbian expatriate organisations exist, apparently without any one communicating with another. At the same time, he regretted that he didn’t have more time to spend meeting our people.

President of the Association of Serb Clubs in Vienna, Borislav Kapetanović, told Tanjug that President Nikolić’s visit to Austria was highly significant for Serbs there. He said that it was evident from the Serbian president’s speech that he had talked to Austrian officials about the Serb diaspora, which has been praised by the Austrians as a non-problematic group. “This means that in his talks with Austrian officials he as president has voiced some of the concerns we have, which is to say issues about which we require assistance from the homeland. These relate to preserving the language and looking at its place in the Austrian education system, and fostering our culture generally,” he explained, adding that the position of the Serbian diaspora could be improved by better cooperation between institutions in the two countries.

Serbian President Tomislav Nikolić ended his two-day working visit to Austria by visiting the Mauthausen Memorial Centre, where he laid a wreath at the monument commemorating Yugoslav victims of the Nazis, and toured the grounds of the museum. Mauthausen was the largest concentration camp on the territory of modern Austria, and somewhere in the region of 200,000 Yugoslav citizens passed through its gates, half of whom perished at the hands of its instruments of annihilation. 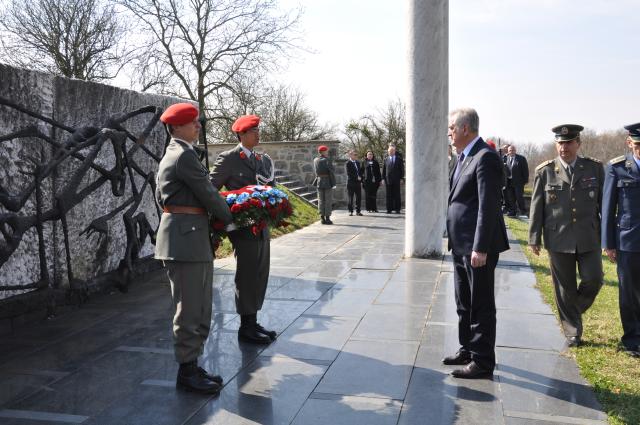 Among them were around 7,000 Serbs, more than half of whom died before the camp was liberated. The first Serb inmates arrived at Mauthausen in October 1940. They were four combatant volunteers who arrived as part of a group of 40 Republican Army fighters from the Spanish Civil War. Another, larger group from Serbia was sent to Mauthausen in October 1942, and a final group arrived at the beginning of November 1944.

Apart from those two groups, there were also 18 prisoner transports from Nazi camps in occupied Serbia. 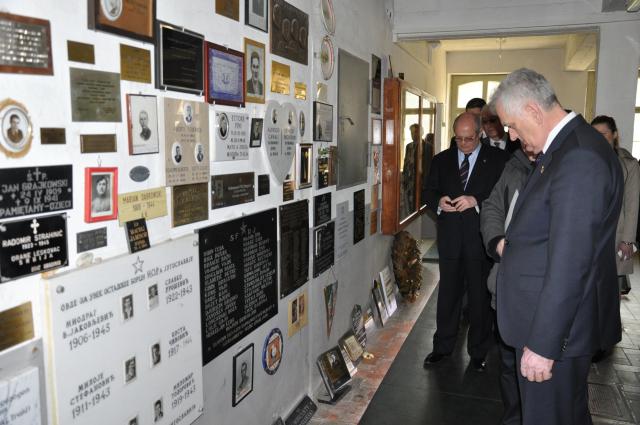 Share
Previous An album of memories – our ancestors from the first world war
Next Ministry of Foreign Affairs: Serbia Does Not Accept UNHCR Recommendation