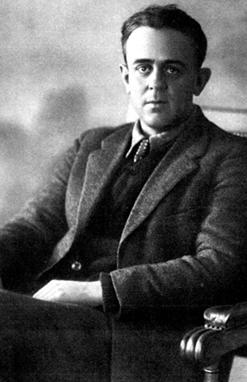 Soiled, torn streets, clouds of smoke and dust, smell of gunpowder, arsons and rotting human bodies piled on top of each other: this was the picture of Serbia in the Great War. The courage of this small country that has stood shoulder to shoulder with the world powers, has intrigued many. Among them was an American journalist and writer John Reed, who visited this “land of death”, as he himself named it, being unaware that he would even take part in a ritual of fraternization at the end of his journey, at the insistence of a postman from Obrenovac.

The journey of John Reed was concentrated on the route of Niš – Belgrade – Kragujevac – Rakovica – Ada Ciganlija – Obrenovac – Sabac – Prnjavor – Loznica – Gučevo – Krupanj – Zavlaka – Valjevo. Over the course of his expedition through the tormented country, Reed made convincing descriptions of landscapes, soldiers, ordinary people and buildings that even nowadays represent a unique portrayal of life, death, poverty, as well as courage, dignity, faith and hospitality of the Serbian people and the army.

Niš, A City Decimated By Typhus

The horrors of war, vicious diseases and death did not bypass Niš, which was the first “station” for Reed in his war travels. Passing through the city stricken with typhus, as if a malignant tumor engulfed it, without a hint of embellishment Reed describes the houses with long, black, sinister flags, and pale, exhausted faces of prisoners leaning on dirty blankets and protruding through the window of the hospital, while in the front – dozens of them lie in the dried mud.

On muddy and plowed streets of Niš, the Austrian prisoners in uniforms roam freely. Some haul the cart, others dig trenches, and hundreds of them are idly strolling up and down. Crossing the muddy Nišava river at the foot of the bulwark of the famous Niš fortress, Reed sees hundreds of soldiers lounging, sleeping, removing lice and shaking with fever. Further down the road to Belgrade, John Reed and his companion, an illustrator – Bordman Robinson, meet the representative of the Press Bureau Vojislav Jovanović Maramba.

Like much of the town, the Belgrade railway station was bombed and destroyed. Reed, Robinson and Maramba got out at the station in Rakovica, and travelled in a ramshackle carriage to the city center. Reed then wrote: “The grass and weeds are growing between the cobblestones, no one has passed here for half a year, and the guns are completely silent. The consequences of cannonfire are visible everywhere. Large holes having 5 meters in diameter gape in the middle of the street.” A thought that the Austro-Hungarian guns can resume bombardment at any moment, as they have done dozens of times , was the constant threat in the air.

Military Academy, Ministry of the army, King’s palace, University of Belgrade and ordinary houses, sheds, restaurants and hotels were often without roofs and doors, and window frames without glass were swaying aimlessly in each building. After touring the trenches built for Belgrade’s defence, and travelling on a cargo ship “Nebojša” that had countless loopholes drilled on the sides, they reached the makeshift firing nests where the soldiers were lying face down in a muddy embankment, unshaven, unwashed and gaunt from malnutrition. Following a meandering and furrowed road, they went further into deep interior of Serbia, glancing for the last time at the white city, which was refusing to surrender.

The road led Reed and his companion to the areas where, except soldiers, men were gone. The vicious disease typhus devastated those lands. After about a kilometer of walk Reed was able to count one hundred white crosses on the fences of houses, and each meant that typhus claimed at least one life in that house. “It seemed that this lush and fertile land consists of nothing but death and commemoration” noted Reed. The landscapes they passed through, suffered the most in bloody battles of 1914.

The train they were traveling in was full of miserable refugees, mostly women and children who were forced to leave their homes due to cruel military attacks of Austria-Hungary. The whole area was burned, looted, and people were slain. For miles, it was almost impossible to see neither a bull, nor a man. “Sometimes our train stopped so that refugees could get off. They were standing right next to the railway with all their assets packed in a bag over the shoulder and silently watched the ruins of their country”, wrote Reed.

Reed presented his strongest condemnation of the war by describing Gučevo and huge losses that the Serbian army suffered in that region. During the second attack the Austrians seized the peak of Gučevo, and they entrenched there. Under the enemy’s hurricane fire the Serbs scrambled step by step, until their trenches formed on a narrow ridge. Then, on the 16 kilometers front, at the very top of the mountain, one of the most horrific battles in the Great War was fought – The Battle of Drina. After 54 days of bloody and difficult struggle, the Serbs withdrew, only because the third Austrian invasion broke through their lines in Krupanj.

There were abandoned huts covered with leaves and branches, and dugouts in which the Serbian army lived for two months in the snow, all over the forest. The lower parts of the trees were covered with leaves whilst the top parts looked lifeless. Nine kilometers along the peak of Gučevo, dead soldiers were stacked, 10,000 of them.

From the “Land of Death”, John Reed brought images of horror and a sense of admiration for the heroic and dedicated Serbs.

Who was John Reed?

John Reed (1887-1920) was an American journalist, poet and socialist activist. He is remembered as the author of the anthology book “Ten Days That Shook the World”, “Rebel Mexico” and “The War in Eastern Europe”, where a chapter about the war in Serbia is found. As a war correspondent in the early 20th century he visited all fronts describing the horrors of war and sufferings. He visited Mexico, Russia, Greece, Serbia, Bulgaria, France, Italy and Poland in order to meet the U.S. public opinion with the pure and awful truth.

An American Journalist And A Serbian Postman: The Blood Brothers

With unabashed enthusiasm Reed wrote about the hospitality of the people who were dying and starving. He could not reject fraternization with the mailman from Obrenovac. “Brother, we shall become blood brothers now. It’s an old Serbian custom. We have performed an act of fraternization and from now on, we’re blood brothers with Gaj Matić” Reed noted down. As is known, this was John Reed’s only experience with fraternization; and he was a world traveler.