The Association of Serbian Clubs in Vienna has founded a Club for Serbian Businessmen in Austria, which aims to connect both Serbian and Austrian businessmen to Serbia and Republika Srpska, and to promote opportunities for investment in the region.

The idea for establishing the association came from a survey conducted in 2010 among Serbian businessmen in the city, in cooperation with the Vienna Chamber of Commerce, which aimed to uncover the specific problems Serbian businessmen face there, and how the Chamber might help them to achieve more success.

The survey involved 243 companies, and one of the conclusions drawn from the responses was that individuals in business wish for an improved level of cooperation among themselves as a group, meaning better connections between the various Serbian businessmen in Vienna. On the one hand, it is envisaged that such improved cooperation will strengthen the Viennese economy, and on the other it is hoped that more joint efforts will support ties to Serbia and RS.

The first instance of this idea bearing fruit came with the establishment of the ‘BCS’ (Bosnian-Croatian-Serbian) Business Club. However, in the event, this club failed to live up to expectations and significant results were not forthcoming. Thus, it was necessary to go back to the drawing board and return to the original motivation behind the idea.

With support from the Office for the Diaspora in the Government of Serbia and the Serbian Chamber of Commerce, the Association’s Management has made the decision to establish the Association of Serbian Businessmen in Vienna. 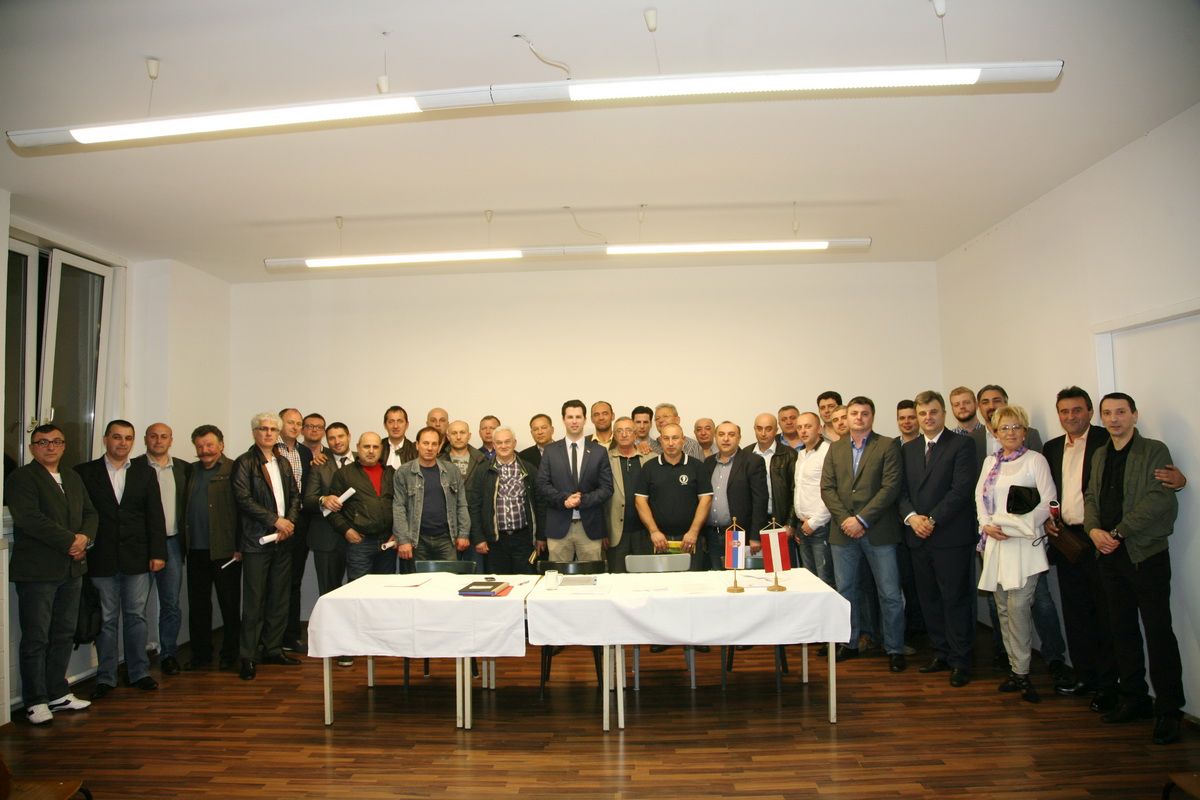 While preparing for the Founding Assembly, representatives from many small or medium-sized enterprises held a discussion in Vienna. It was here that ideas, proposed objectives, and the underlying significance behind the establishment and operation of such an association were presented.

The objectives of the Club, as explained at the Founding Assembly, are: to connect businesses in Vienna with economic institutions in Serbia and Republika Srpska; to present the economic potential of Serbia and RS through presentations and participation in exhibitions and fairs; to create projects in cooperation with the Chambers of Commerce of Vienna, Serbia and RS; to provide administrative and technical assistance to companies in Vienna who wish to follow through on projects and activities together with other companies from the region; and to do all in cooperation with the relevant Government institutions.

The club will also provide technical assistance when projects from Serbia or RS are presented in Austria, and hold informative events for Serbian businessmen in Vienna. This will be accomplished in cooperation with the Vienna Chamber of Commerce, i.e. that of Austria. In addition, events of interest to Viennese companies will take place in cooperation with the Chambers of Commerce of Serbia and RS, with a view to providing the technical and legal support necessary to conduct business in the markets of the region.

Also, it will advise entrepreneurs in Vienna from all areas of business in the Serbian language, and all in cooperation with the Vienna Chamber of Commerce.

The Presidency of the Serbian Businessmen Club was elected at the Founding Assembly. It will be led by its new President, Dejan Bošković (Vossloh Kiepe GmbH).

“The Serbian Clubs Association is proud to have initiated the establishment of such an organisation. The large numbers in attendance and the letters of support we’ve received certainly prove that we made the right move towards connecting Serbian businessmen in Austria, and contributed at the same time to strengthening the Serbian collective there. Our initiative was to establish a club of businessmen from Vienna, but the Assembly proposed to expand the activity throughout Austria, which can only be a good thing, so the initial proposal for the name of the club changed from the Serbian Businessmen’s Club in Vienna to the Serbian Businessman’s Club of Austria,” explained the founder, president of the Serbian Clubs Association in Vienna, Borislav Kapetanović.

He invited all interested businessmen and individuals to join the Club’s operation, and announced that the Presidency would make a draft plan for running the Club within the next two months and present it to members at the next working meeting.

The Serbian Government Office for Cooperation with the Diaspora and Serbs in the Region offered its congratulations on the founding of the Serbian Businessmen’s Club, and expressed its hope that the outlined business goals would be realised, so that we might take advantage of the enormous potential that exists in the economic sphere, through the dynamic exchange of knowledge and capital.

In a letter of support, the Director of the Office, Slavka Drašković, suggested that the importance of establishing such an association comes from the fact that it will promote awareness and encourage new projects and fresh financial ties to the homeland, and that economic cooperation will gain a new momentum and the effectiveness necessary for solving key issues.

“The Serbian Association in Austria can be thought of as one of the most organised and active minority groups within our diaspora, enjoying good contacts and mutually beneficial cooperation with the authorities there. Thanks to human capital, Serbia and Austria share unbreakable bonds. In Vienna alone, over 350 mostly small and medium-sized enterprises operate that were founded by Austrians with Serbian roots. The diaspora also invests in small and medium-sized companies in Serbia, primarily in the home towns of various individuals. Home town interests account for 90 percent of investments from the diaspora. That’s the reason why the Department for the Diaspora is working with local governments to bring them even closer to the diaspora on an economic level, as well as forging new connections. Project ‘Employ Serbia’ is particularly important, with its emphasis on connecting the diaspora to local governments at home. Government and local authorities are working on creating a good environment for business, and placing members of the diaspora at the forefront of a new era of prosperity and development for Serbia, as well as recognising them as ambassadors ready to change our image for the better throughout the world,” she said.

Founding the Club for Serbian Businessmen is, according to her, another step towards the inclusion of the diaspora in the development of small and medium enterprises, and local connectivity, as well as creating stronger economic ties between the two countries.

“Austria has, as we know, increased the budget for projects related to regional cooperation from 1.9 to four million, and that specific assistance should therefore be put to the best possible use and turned into the results we all anticipate,” she added. 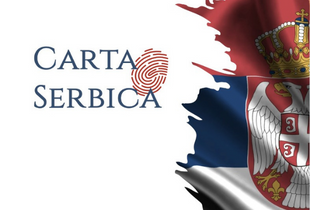