Dajana Grujic-Smith was the winner of three prizes in this year’s first international “Poetry-Prose 2014” Competition for Serbian authors from the diaspora, which was organised by the Serbian Library in London. She won two first prizes – one for prose in Serbian with her “Sentimental Journey in Twelve Lyric Images” (“Putopisni ep u dvanaest lirskih slika”), and another in the category of poetry in Serbian, with two poems “Accomplices in Six Ways” (“Suačesnici na šest načina”) and “The Illusion Eclipse” (“Pomračenje iluzija”). For the poem “Private Collection”, she won the second place in the category of poetry in English. 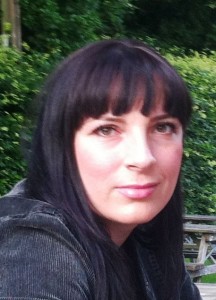 Dajana was born in Pozarevac, Serbia, and has been living in London since 1997, where she had graduated archaeology and anthropology at the University of East London. However, she has not been active in the profession since her studies, and now she works as a Managing Director at London Telephone Systems Ltd.
Regardless of her studies and current line of work, Dajana has, since her early years, shown a great talent and affinity to writing. She received her first award when she was only nine, for a prose work, and she started writing poetry a year later, taking part in most of the competitions organised in her home town of Pozarevac.
During her high school days, she was a member of a literary society, within which she had an opportunity to present her work. She took part in a poetry competition in the Valjevo High School, winning a prize for her collection of poems Life at the End of the Universe (Život na kraju vaseljene), which was published by her school in Pozarevac in 1994. A pause ensued before a Belgrade publishing company “Utopia” published Dajana’s collection of poems Shadows of Exhilaration (Senke ustreptalosti ) in 2011, for the first time incorporating some ten poems in English. In the same year, the publishing company “Nova poetika” included several of Dajana’s poems in the collection Internet Poetry – Almanac No. 1.
In the poetry competition organised by the Serbian Library in London in 2013, Dajana won two second places, for the poems in English and Serbian, and these were published together with the other awarded poems in the collection Tobacco Tales. When asked why she had not studied literature, which seems to be a logical question, Dajana replies that she has never thought of writing as a vocation, but as something she does out of love. However, archaeology, history, learning about the past times, particularly about the traditions of Pozarevac area, which abounds in archaeological findings, have all served later as an inspiration for her writing.
She finds inspiration in most diverse occurrences, but realises that as of late she has started discovering it in the memories of her early youth in Serbia. She explains that she does not think beforehand whether to write poetry or prose, in English or Serbian. It all begins with a certain idea or feeling, which then imposes the literary genre and language.

Some of Dajana’s literary influences are Rabindranath Tagore, Edgar Allan Poe, and some of her favourite Serbian authors are Dobrica Eric, Laza Kostic and Borisav Stankovic.
All prize-winning works from this year’s first international “Poetry-Prose 2014” Competition for Serbian authors from the diaspora shall be published in a collection by the Serbian Library, and a literary evening is to be held on that occasion.

Share
Previous Archibald Reiss, “a friend of Serbs in the toughest days”
Next Two Heroes With One Cannon Against the Might of Austria-Hungary